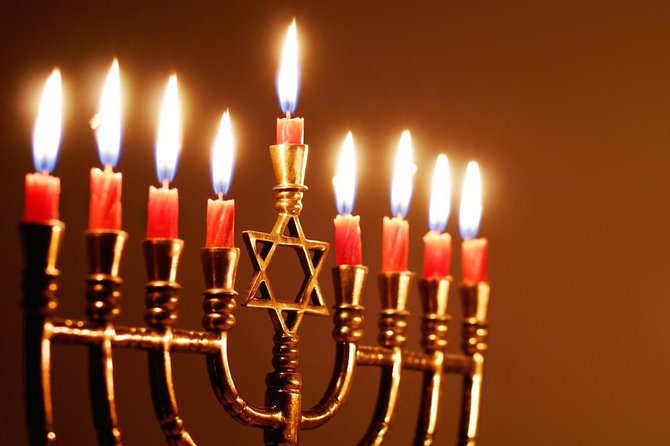 They left in the midst of tears and cries on both sides like a breath that withdraws without anyone knowing why?. And there we come to this mythical plant, the Mandrake which drives crazy those who tear it off. To this day, they bear the traces of this separation which does not suit them. Feu Amrane EL MALEH

For our Moroccan compatriots of Jewish faith, this circuit of memory, Jewish Heritage in Morocco makes them discover their Morocco heritage several thousand years old

Discover Jewish heritage in Morocco on a 10-day round trip tour from Casablanca with 4-star accommodations. Experience the religious Jewish heritage in Morocco cultural and history, and whit a local guide to explore Jewish museums, synagogues and cemeteries. Learn the story of King Mohammed V’s resistance to anti-Semitic Vichy decrees, walk through Roman ruins and historic Jewish neighborhoods and take in stunning views of mountains, deserts and seaside cities.

What To Expect in Jewish heritage in Morocco Tour

Arrival Casablanca airport Welcoming by your driver in airport, transfer to 4*hotel in Casablanca Time at your disposal

Oh, a kiss is still a kiss in Casablanca
But a kiss is not a kiss without your sigh
Please come back to me in Casablanca
I love you more and more each day as time goes by- Bertie Higgins

For those looking for a taste of old Hollywood glamour, an optional trip to Rick’s Café is a must. This beautiful bar and restaurant was inspired by the Rick’s Café from the film Casablanca and the décor does its best to live up to it. Serving American, French and Moroccan food, head along on a Sunday to enjoy the evening jazz session and pop up to the 1st film for a free screening of the legendary film. You don’t meet SAM the pianist but certainly you listen the famous song “As time goes by”.

Breakfast, visit guided to the Jewish Museum in Casablanca, this is the first Jewish Museum in an Arab country. Visit the cultural Bet El synagogue and the Hassan II Mosque (entrance fees payable in spot), the Jewish quarter, Kosher restaurants. Rest of the time at your disposal. Night in 4*hotel.

Breakfast, departure for Rabat. Guided visit to Explore Rabat’s Jewish cemeteries and sites, the Royal Palace, and the Mohammed V Mausoleum, The King Mohammed V opposed at the risk of his life, to apply the laws of Vichy to his Jewish citizens and said it clearly: “I in no way approve of the anti-Semitic laws and I refuse to be associated with an action I disapprove of. I refuse that any distinction be made among my subjects!”
Continue to Sale, the twin city of Rabat and the birthplace of Rabbi Hayyim Ben Moses Attar, the famous 18th Century scholar and Kabbalist, known throughout the Jewish world for his bible commentary the “or hahayyim.”
then route for Meknes, night in Riad or hotel.

“I’m dazed by everything I see, the Romans are at my doorstep” Eugene Delacroix, talking about Volubilis in 1832

Breakfast, Guided visit of Meknes, city is evidenced by Hebraic epitaph dating from the Christian era as well as Greek inscriptions that still appear in local synagogues, and a place of pilgrimage where the tomb of Rabbi David Benimdan, “the patron of Meknes” is located.
Historical visit the old Medina, the Granary the stable build for 12000 horses in-route, a brief guided visit the ancient Roman ruins of Volubilis.( UNESO world heritage) Then continue to Fez. Night in Riad or hotel

“If one had but a single glance to give the world, one should gaze on FEZ.“

“Let get lost in the holy city”

Breakfast, then guided visit to Fez monuments. Visit the Ibn Danan synagogue the oldest synagogue in Fez. There was a time when more than 40 synaguogues could be found in Mellah. Visit to the vast whitewashed Jewish cemetery adjacent to the Royal Palace and located at the Mellah the former Jewish district. Fes is among the best known cities in medieval Jewish history, it was home to one of the most influential Talmudic scholars of all times, Rabbi Isaac Alfasi, as well as Maimonides in the years 1160 to 1165 Visit the medina and Souks Rest of time at your disposal Night in Riad or hotel: You have the option of eating in kosher restaurants or with a Jewish family

A day drive through the Middle Atlas mountains until you reach Marrakech. in route, in Beni Mellal, you can meet the last Jewish woman in the city. then route to Marrakesh. Night in 4*hotel

” If Marrakesh were my story, i would live there”

“I have been told of an oasis city that the sun floods with its light and does not leave until it is entrusted to the moon. A city where the olive trees, orange trees and roses of its gardens rival paradise. Colors, atmosphere, perfumes, smiling and welcoming faces. A city of lights, a happy city that knows how to welcome its guests and make them happy.
This city is Marrakesh! And if Marrakesh were my stories, i would live there

Breakfast, then Guided Marrakesh historical monuments visit: Alzama synagogue (A local legend that the synagogue was built during the period of the Second Temple by the Jews who had never lived in Eretz-Israel and had not attended the destruction of the Temple.), the Mellah the former Jewish district, Mellah which became a home of a thriving community of native Spanish Jews, famed for its rabbinical schools and scholars. Visit the Rabbi Hanania Hacohen Cemetery which is also the burial place of Rabbi Mordekhai Ben Attar and Rabbi Pinhas Hacohen Azough known as the “patron of Marrakech.”
Bahia Palace, Jemaa El Fna place. In the evening, optional dinner cabaret live show (50€/person) Night in 4* hotel

*Agora, theatrical performance, point of convergence: open and plural space, vast field of ideas, peasants, shepherds, roundworms, merchants coming from bus stations, taxi ranks, drowsy car rental stops: merged into an idle mass, absorbed in the contemplation of the daily hustle and bustle, supported by license and heedless of the terrain, in a continuous and capricious movement: immediate contact between strangers, oblivion of social constraints, identification in prayer and laughter, temporary suspension of hierarchies, joyful equality of people. »

You will explore one of the most beautiful valleys of the High Atlas. You will visit the Saint Rabbi Shlomo Bel Han’s tomb and make a wish which he will fulfill certainly. This tomb is the site of one of the largest Jewish pilgrimages in Morocco. Probably you can meet with the last Jew in the valley..Night in 4* hotel.

“Is very good place to find yourself or lose yourself”

Or optional visit of the coastal city of Essaouira with its rich Jewish heritage you visit the synagogue Rabbi Haim Pinto, the Jewish cemetery and the mellah where there are still houses with the Star of David on their steps In the past, Essaouira had 10,000 Jews for 7,000 Muslims
Return to the hotel in Marrakech.

Breakfast & departure to Casablanca. The afternoon at your disposal for relaxing or shopping. . Night in 4* hotel or passe de day and night in Marrakesh and the morning departure directly to Mohammed V Casablanca airport.

Breakfast and according to your flight time, airport transfer and end of our service We hope see you next time.

This itinerary is only a suggestion, all our trips are tailor-made according to each client.
This product is suitable for: Couple / between girls / Solo/ Family/ Group of friends 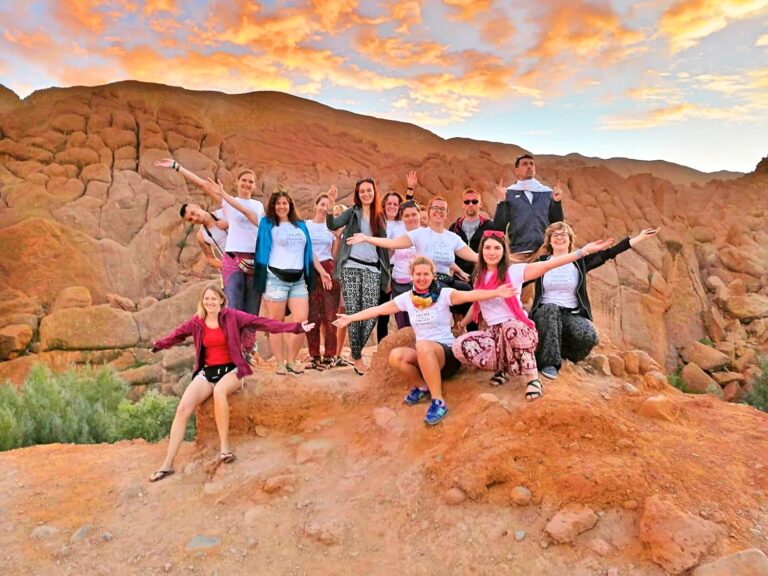 “Remember that happiness is a way of travel, not a destination.” Morocco Youth Travel: Why you should go? Because the Young people are 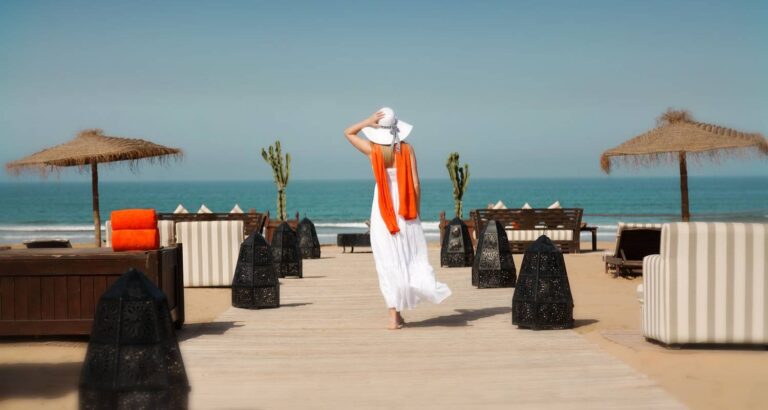 “We have nothing to lose and a world to see.” What you should go to Morocco golden Triangle tour? Start and end in 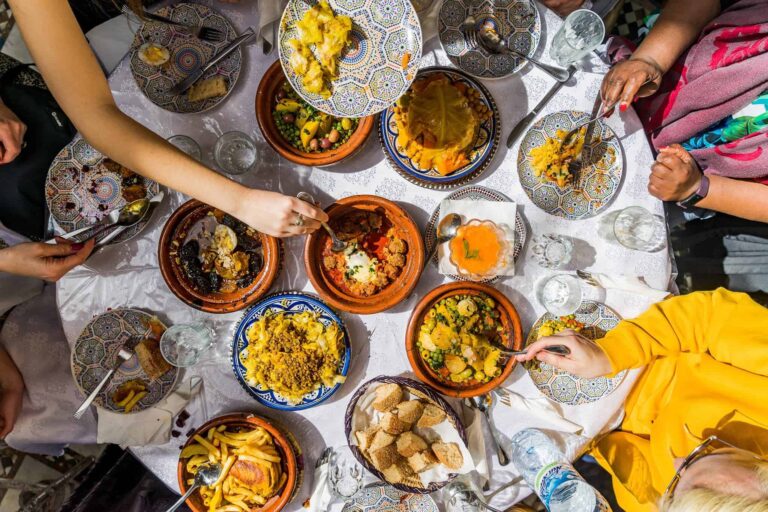 To love a country, you have to eat it, drink it and listen its people singing. What you should go? One of the 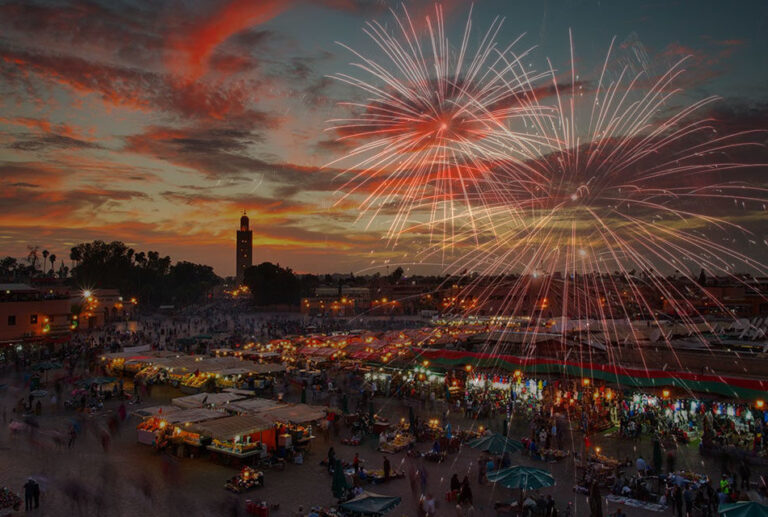 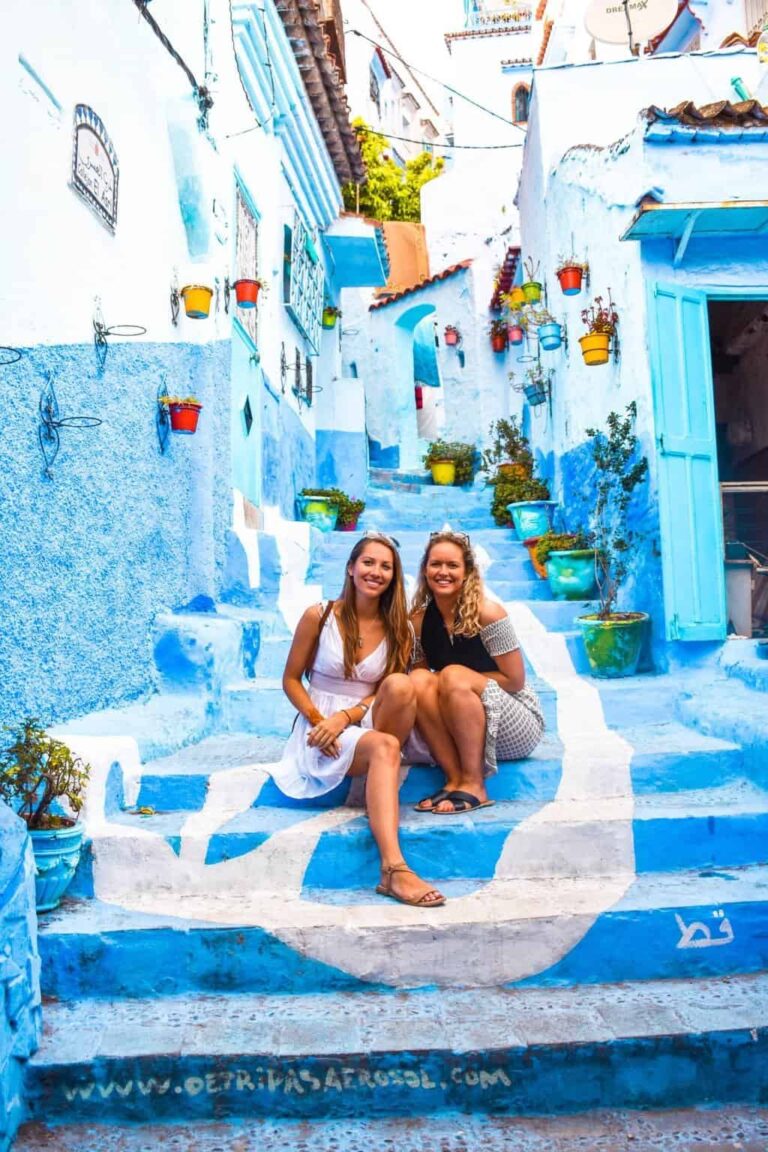 Only for Women Morocco Private Tour 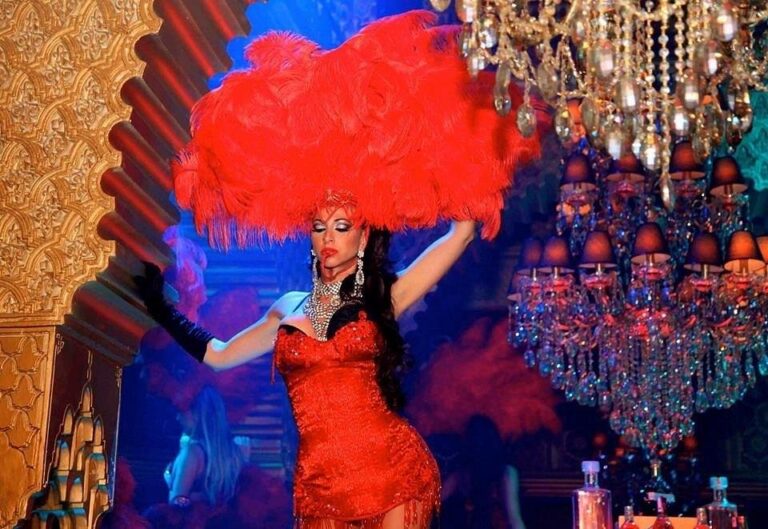 “Doing what you like is freedom, liking what you do is happiness.” Come to live Marrakesh Red nights an escorted night-experience without parallel